This post covers how to take good photos and video with point and shoot equipment.

These tips will be useful for community organizations on a tight budget. Websites need fresh visual content to attract and hold the interest of visitors. Buying that image content becomes expensive.  But you can learn to produce good images yourself, using equipment that is relatively inexpensive, e.g., smartphones and small point and shoot cameras.

1. Get up close. People are the chief subject of interest in web photography, where images are small. You will not do people justice unless you move up close to photograph them. Don’t be shy. Fill up the frame with their shoulders and heads so that their facial expressions are visible. Getting close is also important in making videos, because sound diminishes at the rate of the square of the distance from the subject. For instance, if you double the distance from your subject you diminish the recorded sound from him/her four times. Triple the distance from the subject and the sound from him/her is decreased nine times.

3. If you can’t avoid photographing your subject before a light background, use the forced flash setting on your camera or smartphone. This will insure that enough light falls on his/her face so it is not too dim.

4. Hold your phone or camera with both hands. A two-hand hold will insure a clearer picture, especially in darker situations, because the shutter open time increases in these instances.

5. As you hold your phone or camera with both hands, it will also help to steady your shot by bracing your elbows against your rib cage.

6. Roll your finger gently on the camera’s shutter button rather than pressing it down forcefully; and touch the capture icon on your smartphone lightly to avoid moving it as you take the shot. Both of these techniques will improve the clarity of your photographs.

7. Don’t put your subject in the dead center of a photograph, but rather, slightly off center, to one side or the other. This asymmetrical placement makes for an image with more energy.

8. Avoid these scenes if you can:  Ones with harsh light and/or a wide range in the frame between darks and lights (i.e. high contrast scenes).

9. Simple compositions are best for web photos. Web photos are small, especially ones viewed on smartphones, and more than half the world now uses phones exclusively to surf the web. A street scene or landscape with a lot of detail is nice for printed material, but their detail cannot be properly appreciated on a small screen.

10. Choose side light when you can. To appreciate the form of a human face it’s best to photograph so that the major light is coming from the side of your subject. This will produce uneven light across the face, so that the face has a more three dimensional look. It will also avoid light in the subject’s eyes so that she/he has to squint.

11. If you must photograph a subject in harsh light, such as at noontime, move the subject into the shade.

All the photographic skills mentioned above apply to video making too.

1. Steady your filming. It’s best to use a tripod. If you don’t have one, find something to rest your hands on while you shoot, such as the top of a wall, a chair back or a table. Even steadying one hand against a vertical surface like the trunk of a tree will help you capture video that doesn’t jerk.

2. Move up close, within two arm lengths of your subject. Videos are all about story telling, and clear sound is even more important in telling a story than clear images are. If you can’t make out what’s being said, there is no story.

3. Be aware of distracting background noises. They will ruin otherwise great “footage.” If you are filming outside be aware that wind over the microphone of your device is likely to produce a low rumble, another distraction. Try to make outside interviews in areas where wind is blocked, such as in the wind shadow (the lee) of a building.

4. Take lots of short clips rather than long ones. You won’t have as much editing work that way. And it’s amazing how the human brain makes a coherent story out of many pieces strung together. Sometimes a brief glance at something is enough to make a profound impression, particularly when that glance is set in a context that is already headed somewhere. If you’re shooting without a tripod, taking short clips also has the advantage of making it easier to take steady footage.

5. Open a video story with a location shot to show the viewer the setting of your story. A location shot is taken from a considerable distance. Look for printed signs that tell the viewer something about the location. You can’t record sound from a distance, so you might want to make a separate recording to lay in that introductory section of your video.

6. Record some room tone. If you are filming indoors shoot at least a minute of video solely for the purpose of recording the room tone of that location. Because of the movement of air and the dimensions of a space, every room has a distinctive ambient background sound, even if nothing obvious is making sound, like a refrigerator running, or an air conditioner. It’s important to record some of that room tone because you might need it later to splice a soundtrack that you have interrupted by cutting into a clip. Viewers will be distracted by the discontinuation of room tone in a sound track. It’s like noticing when the crickets stop chirping.

6. Take still photographs to use in your video. Shoot them in 16:9 format because this is what web videos use. Sometimes stills can be used to illustrate something that is said in your soundtrack. Sometimes they can be used to cover a transition from one clip to another. If you tend to get totally absorbed when capturing video, try to recruit an assistant to take the still shots, or take them before or after you video.

Make a Plan for Your Photo or Video Shoot

Something that applies to shooting both stills and video: Ask yourself: Why am I taking this? How will it contribute to the story I want to tell? It’s best to have that story in mind before you visit a venue. Making a coherent story out of haphazard mishmash is quite a chore! You might construct a shot plan for the story you have in mind. This will help you to not overlook material on site which you will have only one chance to capture.

Allow ample time for editing your stills and video. Once you become familiar with your editing software, touching up photographs isn’t difficult, and it’s just a little time consuming. But editing video is another matter! It’s a much more creative process, and it may take you a great deal more time than you expected, so set reasonable deadlines for yourself. 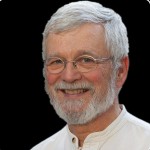 Since 9-11 I've had a strong commitment to interfaith peacemaking. I recently founded the interfaith social network: interfaithtechassociates.ning.com. I run a small company that helps community groups with inexpensive, easy-to-maintain websites, and produces photos and videos, mostly for Web use. My home page is: http://web.mac.com/tcd123 I'm also an avid photographer. Please visit my nature photography gallery for prints and cards at: www.shutterfly.com/pro/TCDavis/tdphotos I write an interfaith peacemaking blog called RuminOcean, about spirit, faith,and politics. You'll find it at my home page: web.mac.com/tcd123 I'm the owner of cyberkenblog, LLC (http://www.cyberken.teledavis.com), which helps faith and community groups improve the Web literacy of their members and to design websites that are inexpensive and easy to maintain. I'm a retired pastor with experience in cross-cultural work, pastoral psychotherapy, and graduate teaching. Last but not least , I'm a proud grandpa!

« Using Writer As a Markdown Editor

Use Your Cell Phone to Take Photos for the Web »